Do we actually believe that the Facebook owned company wants to help your mental health?

Reading a recent article in Esquire we also share a similar view on Instagrams motivations. Call me cynical, but Facebook has been reluctant to try and protect democracy, or shielding people from harmful content, it seems odd to suddenly forgo profit for mental health. I mean if Instagram really did care about improving the mental health of its users, wouldn’t it just bring back the chronological feed?

Anybody who knows me well will tell you I love nothing more than getting out my soapbox out and preaching what I see as the depressing nature of social media. For any of those who are even reading this article, I’m really sorry but I’m going to say it again, “I get it from a business perspective to build a brand and PR the sh*t out of your company but I have no incentive to do that personally”, sorry for all those fans of Facebook or Instagram! I don’t mind LinkedIn if we could just all agree to remove motivational statements I would like it even more!

We at Fireworx and the guys at Esquire are going out on a limb, it’s about cash, not your mental health!

Every week, millions of dollars pass from brands to influencers, and Facebook doesn’t get a cut! I mean of course this oversight has nothing to do with money and all to do with the minds health, however I guess if they were looking to make money then it does sound like something they’d be more interested in righting.

And in the Esquire article they make some very valid points…

Of all the ills that Facebook has inflicted on the world (fake news; echo chambers; gender reveal party photo albums) it’s interesting that the company has decided to take a firm stance over likes on Instagram. This week, the company launched a trial that hides likes for users in the US, a non-feature that it’s already tested in Australia, Canada, Japan and a handful of other territories. If it works there – whatever ‘works’ means to Facebook – expect the change to roll out globally.

The decision to take away such a crude quantifier of popularity is, according to Instagram’s Twitter account, so that users can “focus on the photos and videos you share, not how many likes they get.”

We will make decisions that hurt the business if they help people’s wellbeing and health,” echoed Instagram CEO Adam Mosseri last week, at the Wired25 conference. All of which sounds admirable, especially given the 2017 study that found Instagram was the worst social network for your mental health, linking it to depression and anxiety.

In one sense, hiding likes is a simple fix for what the platform is morphing into: a mood board of forced and orchestrated images that has prompted many people to abandon posting to the main feed entirely in favour of the like-free Instagram Stories. The pressure with posting is too great, and our feeds are overrun with photographs advertising a fraudulent life, complete with cookie-cutter captions like ‘About Last Night’ or ‘Vitamin Sea’. 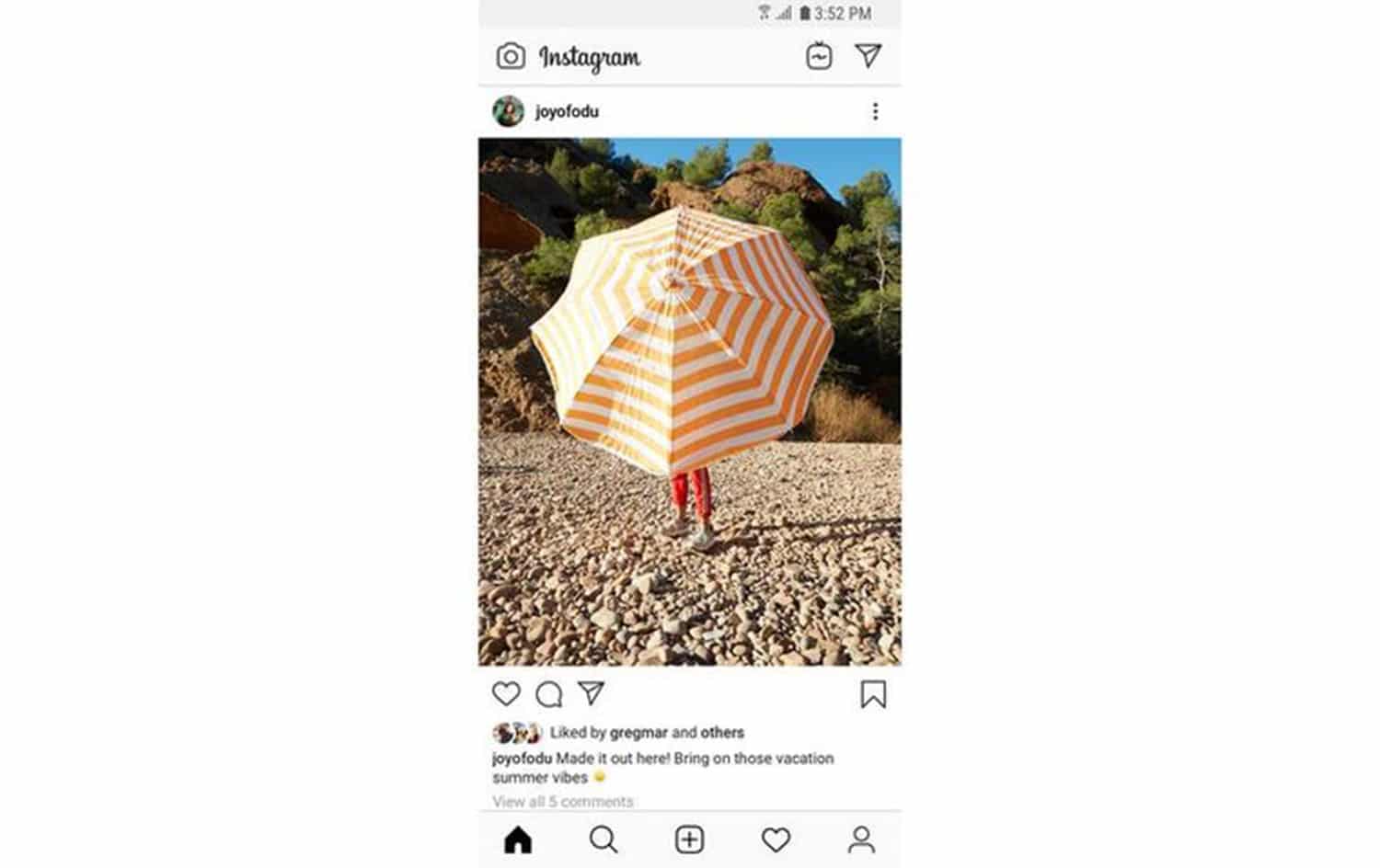 A screenshot of a user in Australia, where removing likes on Instagram posts has been trialled

Take away likes and the clock turns back to a time when a photograph of a cup of coffee was just that, not a paid partnership with Kenco offering followers the chance to win a limited edition set of mugs. Think that sounds likely? Nope, us either. Showing off is in the DNA of Instagram, and hiding the number of fans won’t make ab crack selfies, or infinity pools, any less miserable.

It also doesn’t tackle the problem of toxic comments, an issue that plagues anyone – public figure or not – who hits a big enough follower count. As rapper Cardi B put it: “What makes you feel more insecure, getting no likes or people constantly giving opinions about you, your life and topics?” 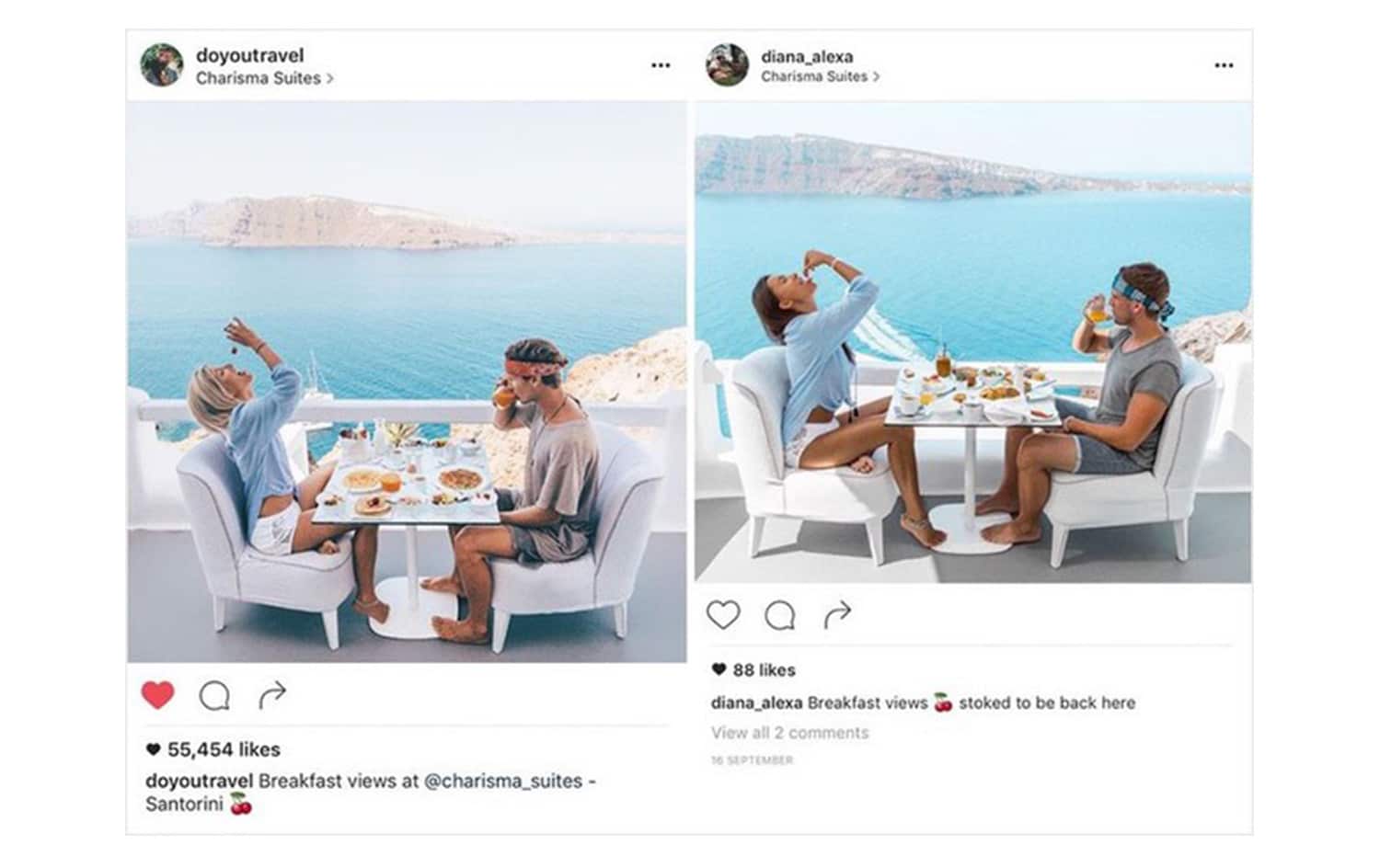 Perhaps most importantly, it begs the question: if Instagram’s parent company, Facebook, is serious about undoing the negative effects of its platform, why is it so reluctant to police Facebook Live? The company waited nearly a year to add sufficient moderators to the feature after broadcasting footage of child abuse, rape, suicide and murder.

If implemented globally, users would be able to see their own likes, but not that of others. Brands wouldn’t be able to tell how popular a specific account is. Influencers could share those numbers themselves, but they could easily be doctored or manipulated. Step in Instagram Influence* (Name TBC), through which the platform connects brands with the well-performing and micro-targeted influencers who are best positioned to sell their products. In return, Instagram gets a cut. 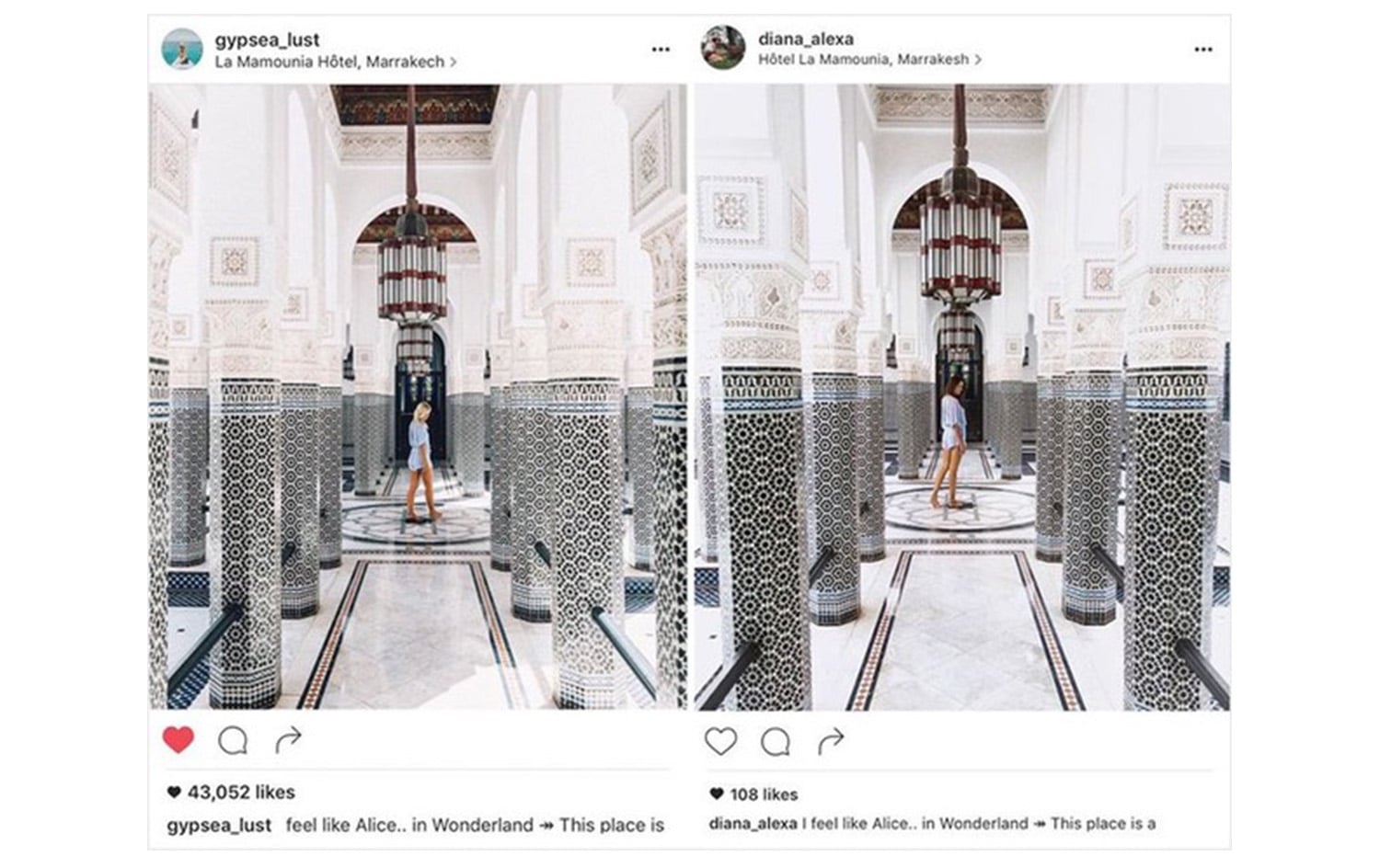 Well, to get some cynical but worthwhile advice about how Fireworx can support your social media marketing efforts, please contact us on: 01202 559559, or drop us an email at [email protected]

BurgerKing; The Whopper Comes A Cropper

The Return of Consumer Confidence

4 tips to getting more customers

Find out more
We use cookies on our website to give you the most relevant experience by remembering your preferences and repeat visits. By clicking “Accept All”, you consent to the use of ALL cookies. However, you may visit "Cookie Settings" to provide a controlled consent.
Cookie SettingsAccept All
Manage consent

This website uses cookies to improve your experience while you navigate through the website. Out of these, the cookies that are categorized as necessary are stored on your browser as they are essential for the working of basic functionalities of the website. We also use third-party cookies that help us analyze and understand how you use this website. These cookies will be stored in your browser only with your consent. You also have the option to opt-out of these cookies. But opting out of some of these cookies may affect your browsing experience.
Necessary Always Enabled

Performance cookies are used to understand and analyze the key performance indexes of the website which helps in delivering a better user experience for the visitors.

Analytical cookies are used to understand how visitors interact with the website. These cookies help provide information on metrics the number of visitors, bounce rate, traffic source, etc.

Advertisement cookies are used to provide visitors with relevant ads and marketing campaigns. These cookies track visitors across websites and collect information to provide customized ads.

Other uncategorized cookies are those that are being analyzed and have not been classified into a category as yet.

SAVE & ACCEPT
Powered by